A world star for the circus premiere

Bastian Baker convinces the audience at Circus Knie with his diverse talent. At the premiere on Thursday: the Canadian world star Shania Twain. 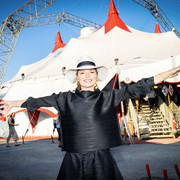 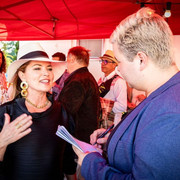 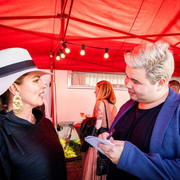 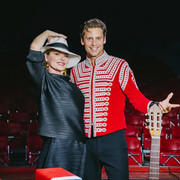 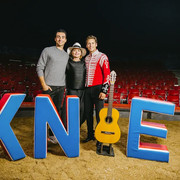 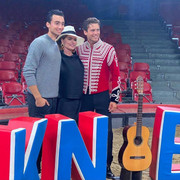 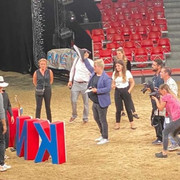 He sings, rides and flies through the air: Bastian Baker (30) proves his versatility in the latest Knie program. On Thursday evening in Rapperswil SG, the premiere audience was joined by someone who normally plays on stages across the globe: the Canadian world star Shania Twain (55).

The fact that “Man! I Feel Like a Woman! ”- the interpreter who took her place in the big top of the Swiss National Circus is no coincidence: she has long been considered a mentor to Bastian Baker. In 2012 she met him through the late Montreux Jazz Festival co-founder Claude Nobs (1936–2013) and encouraged his talent. In 2018, Baker finally accompanied her on her 77-show world tour "Now!" and opened their concerts as a support act.

"Bastian is a good friend. I'm here to support him, ”Shania Twain says to SonntagsBlick. The five-time Grammy winner has had a good relationship with Circus Knie for a long time. When her son Eja Lange (19) was three years old, she attended a show for the first time. “I didn't know the circus family then. Today they are friends, ”she explains. "All the better to see Bastian here in the tent."

The country singer is impressed that her protégé not only makes music during the performance, but also floats through the air with the aerial acrobat Ekaterina Stepanova (31) and trots through the ring on the stallion Poseidon. "I'm proud of his performance, especially the one in the horse number. After all, I am a huge horse fan myself."

This will be Baker's longest tour

The horse number is also the greatest challenge for the singer. "It's a surprise every day. One day Poseidon is in a good mood, the next not anymore. That's the only thing that isn't in my hand, ”he says. “But he was really good at the premiere. He did everything great."

With Circus Knie, Bastian Baker will be playing around 220 shows until the New Year's Eve in Lucerne - the longest tour he has ever completed. "I usually gave so many concerts over the year. To play at such a tight pace is a whole new challenge for me - also because of my voice." He loves the adrenaline and the altitude.

The aerial acrobatics number is also a big task. The artistic director Géraldine Knie (48) encouraged him to do so. “That was at my first rehearsal. And I thought there would be a big training first. Suddenly the band was tied around my wrist and I was flying through the air." It wasn't bad at all, on the contrary. "I love the adrenaline and the altitude. But it takes some grip and technique."

His sister Marine Kaltenbacher (25), who herself works as a musician Maryne, knows that Bastian is always discovering new things for herself. Her heart slipped a few times at the premiere. "In between I was really afraid that something would happen," she admits after the performance. “But Bastian has always been the type of guy who says: 'Give me two weeks, then I can do it.'” Still, she's happy if he didn't get involved with the number of the motorcycles flying through the big top, she says with a laugh.

Géraldine Knie explains that he was playing with exactly this thought. "He really wants to try everything, sometimes I really have to slow him down." After the premiere, she is completely satisfied. "I am overwhelmed. After the difficult Corona period, we are happy to be able to present such a great show to Switzerland."

Circus Knie will be performing at the Berner Allmend from August 4th to 22nd. Tickets for all shows at Ticketcorner.ch.