Staci Griesbach New Single Out Now 'No One Needs To Know' 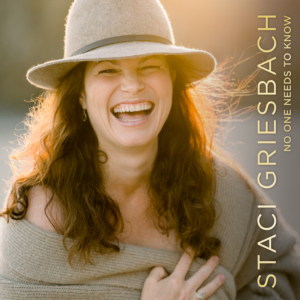 Known the world over for crossing genres between country music and pop, Shania Twain's catalog is now being introduced to a jazz audience as Los Angeles-based singer Staci Griesbach interprets songs from Twain's breakout album The Woman In Me. Celebrating the album's 25th anniversary, Griesbach's My Shania Twain Songbook album reimagines a selection of songs from Twain's iconic album including the #1 hit and fan-favorite "Any Man of Mine."

"When Shania released The Woman in Me in 1995, I was a junior in high school in rural Wisconsin, and that album very much represented a coming of age for me. Shania demonstrated confidence in being a woman and really owning who she was as an artist," Griesbach said. "Most importantly, she didn't shy away from her desire of pursuing her dream, and that was inspiring to me then and perhaps even moreso now."

"It was refreshing to collaborate with Staci and reimagine Shania Twain's repertoire. Staci taps into Shania's heartfelt songwriting and carefree spirit, trusting her instincts in performances that invite the listener to hear Shania Twain's music in a new light," said Tamir Hendelman (Barbra Streisand, Clayton-Hamilton Orchestra), who arranged four of the songs on the album.

This marks the second album for Griesbach after her 2019 release of My Patsy Cline Songbook. Garnering attention from both the country music and jazz audiences, Griesbach hopes to reinforce potential in the intersection of the two genres.

"Shania crossed genres arguably better than any other female in country music at that time, and it's part of my exploration to bring her music into the jazz world," Griesbach added. "For me, looking at this album twenty-five years later is like going home and reconnecting to a little part of myself all over again."

***My Shania Twain Songbook will be released December 18. The first two singles, "No One Needs To Know" and "The Woman In Me (Needs The Man In You)", have been released on all streaming platforms including Spotify.