The festival's Sunday main stage will feature an all Canadian, all female lineup 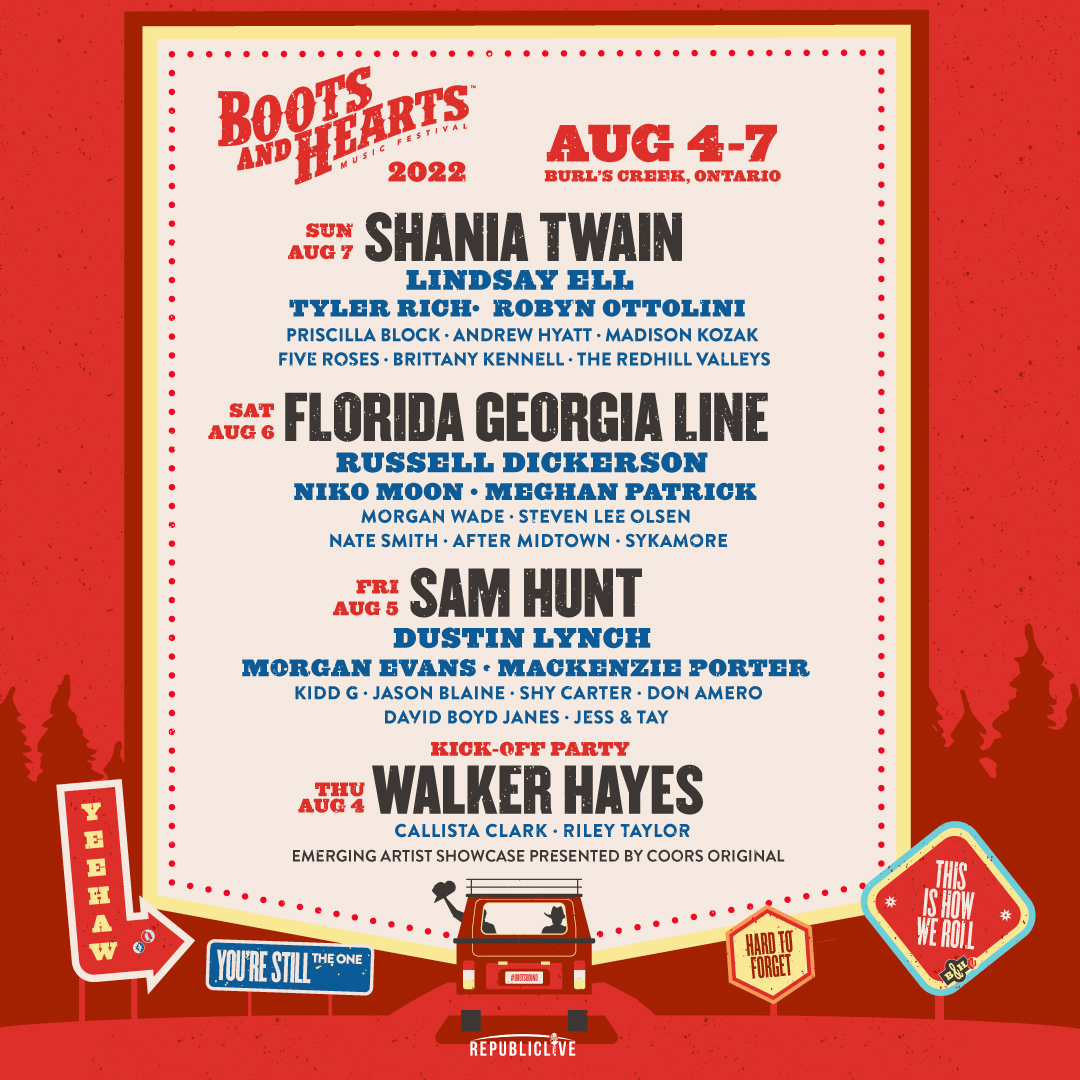 Hayes will kick off the festival with his performance on Thursday night, with Shania wrapping things up on Sunday. In a statement about her headlining performance, and the all-female main stage lineup that she's capping off, Twain said:

For as long as I've made music the festival space has been monopolized by white male acts, which didn't necessarily represent what was most popular in music — where women and people of colour were often dominating. So I'm very proud to headline a day of all-female acts at Boots and Hearts festival this year.

Change is slow but diversity is necessary because everyone deserves a platform and a stage to shine. I've said it before and I'll say it again – LET'S GO GIRLS! And let's support those festivals who make the effort to programme differently. See you soon Boots and Hearts festival.

Head to the Boots and Hearts website for tickets and additional information.